The Anatomy of Healthy Cars: A Service and Repair Blog

How Do You Know if the Engine Mountings on Your Vehicle Are Still Okay?

Did you know that the average weight of the engine in a small car is around 158 kg? Also, did you realise that when that motor is in full song, it tends to vibrate a great deal and needs to be securely held in place in order to work correctly? Most people do not give their engine mountings a second thought as they are hidden on the underside of the chassis, but given the pressure they come under, it's no surprise that they sometimes fail. How do you know if you're encountering such a problem and how easy is it to fix?

Engine mountings have to be flexible but strong. However, there needs to be a certain amount of "give" in the mounting itself as, after all, the engine is also attached to other moving parts. To facilitate this, most modern-day engine mountings have a large chunk of rubber or similar material within an outer casing. Certain mountings may be filled with a liquid damper which performs just like a conventional suspension shock absorber.

Luxury cars may even have electromagnetic mountings that are controlled by the vehicle's ECU. These mounts are designed to sense movement and make adjustments to compensate in order to reduce the amount of vibration that can be felt through the body shell.

If the mountings on your vehicle are liquid-filled, they may be vulnerable to leakage. If they are more conventional, the rubber part could degrade as it is in a hostile environment and under attack from moisture, dirt and debris.

Signs of an Issue

Damaged mountings will not be able to perform as they should, and this will allow the engine to move a lot more than intended. This could lead to significant vibration and strange noises emanating from pulleys, driveshafts or the propshaft. The driver may also feel a noticeable thumping noise when they engage first gear, speed up or slow down.

If the problem gets really bad, the engine may shift within the bay or may appear to sag on one side. It won't be able to move a lot, though, as there are several mountings in play, and it's highly unlikely that all of them would fail at the same time. Also, an engine is almost always a tight fit within its surrounding environment, and in this case, it really doesn't have far to go.

To diagnose a faulty engine mounting, a mechanic will need to elevate the vehicle on a lift so that they can inspect the area from underneath. Damage will be readily apparent, and replacement is quite a substantial job. After all, the engine may need to be attached to a hoist for stability before the mounting can be slackened off and removed.

If you're not sure whether your engine mountings are still serviceable, schedule a visit to a local mechanic. 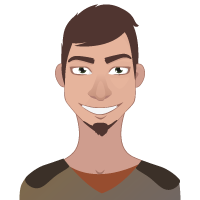 Welcome to my blog. My name is Hank, and I love cars. I love working on them, driving them, watching TV shows about them and going to car shows. I am so glad you found my blog, and I am excited to have you read my thoughts and advice on auto service and other car-related topics. Whether you are a first time car owner or a long time collector, I am sure that I will posts topics of interest to you, and I invite you to explore. When I'm not writing this blog, you can usually find me under a car. Currently, I am also teaching my son everything I know about car repairs and maintenance. Thank you for reading my blog!